Bachata – What is it?

Bachata – What is it?

“The term “Bachata” was used by higher society in the DR in an effort to insult the music and the dance, but musicians and dancers alike embraced the term.”

Bachata is a dance that originates in the Dominican Republic. The basic step is easily recognized as a three-step basic accompanied by a tap and hip movement on the 4th beat.

Like Salsa, Bachata (the dance) grew from Bachata (the music). Bachata music developed in the early 20th century, with it’s roots in Cuban son, boleros and Afro-Caribbean rhythms. At the early beginnings both the music and the dance were considered (by the general public) crude and not fit for regular society. Think dirty dancing, yep we said it!

Once the era of oppressive censorship ended in 1961, Dominican musicians were able to start recording Bachata music (although, in those days Bachata was known as a slowed down version of Cuban bolero). The term “Bachata” (which is actually the term for a casual party) was used by higher society in the DR in an effort to insult the music and the dance, but musicians and dancers alike embraced the term, with musicians calling themselves “Bachateros”.

The original form of Bachata (the dance) is very different from what is danced today. Originally dancers in the DR were confined to dancing and performing in low-class establishments. Despite the efforts of upper class society to push the music and the dance form down, Bachata continued to gain popularity in the DR and finally, in the 1980’s the popularity of Bachata could not be ignored – radio stations in the DR began to play more of it on a regular basis and the music and dance form began to gain wider acceptance. As a result of this new widespread popularity, more Dominican musicians began to take part in the Bachata movement and the music and dance began to evolve.

As Bachata (the music) began to spread beyond the borders of the DR, so did the dance – coming to North America in the 1990’s, Bachata was taken up by Latinos and non-Latinos alike, with many communities taking the simple dance form and putting their own stamp and flavour on it.

I can’t wait to welcome you to our big family, have you coming in week to week, having fun, connecting with new friends and letting loose to amazing Latin songs. Click here to check our current schedule.

Bachata – What is it? “The term “Bachata” was used by higher society in the DR in an ... END_OF_DOCUMENT_TOKEN_TO_BE_REPLACED 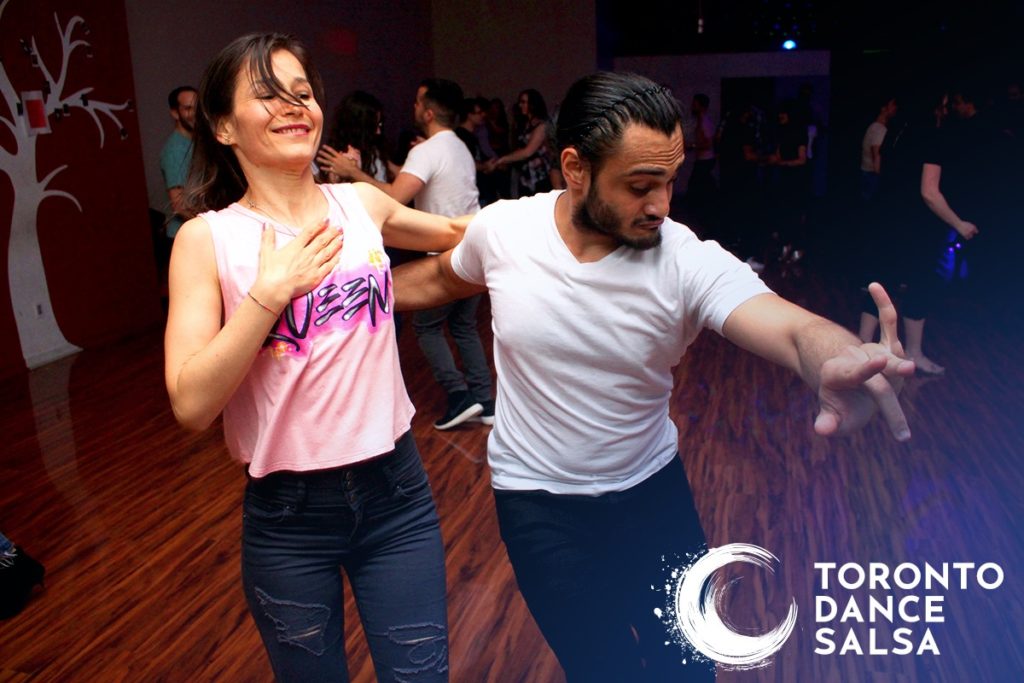 Bachata – What is it? “The term “Bachata” was used by higher society in the DR in an ... END_OF_DOCUMENT_TOKEN_TO_BE_REPLACED